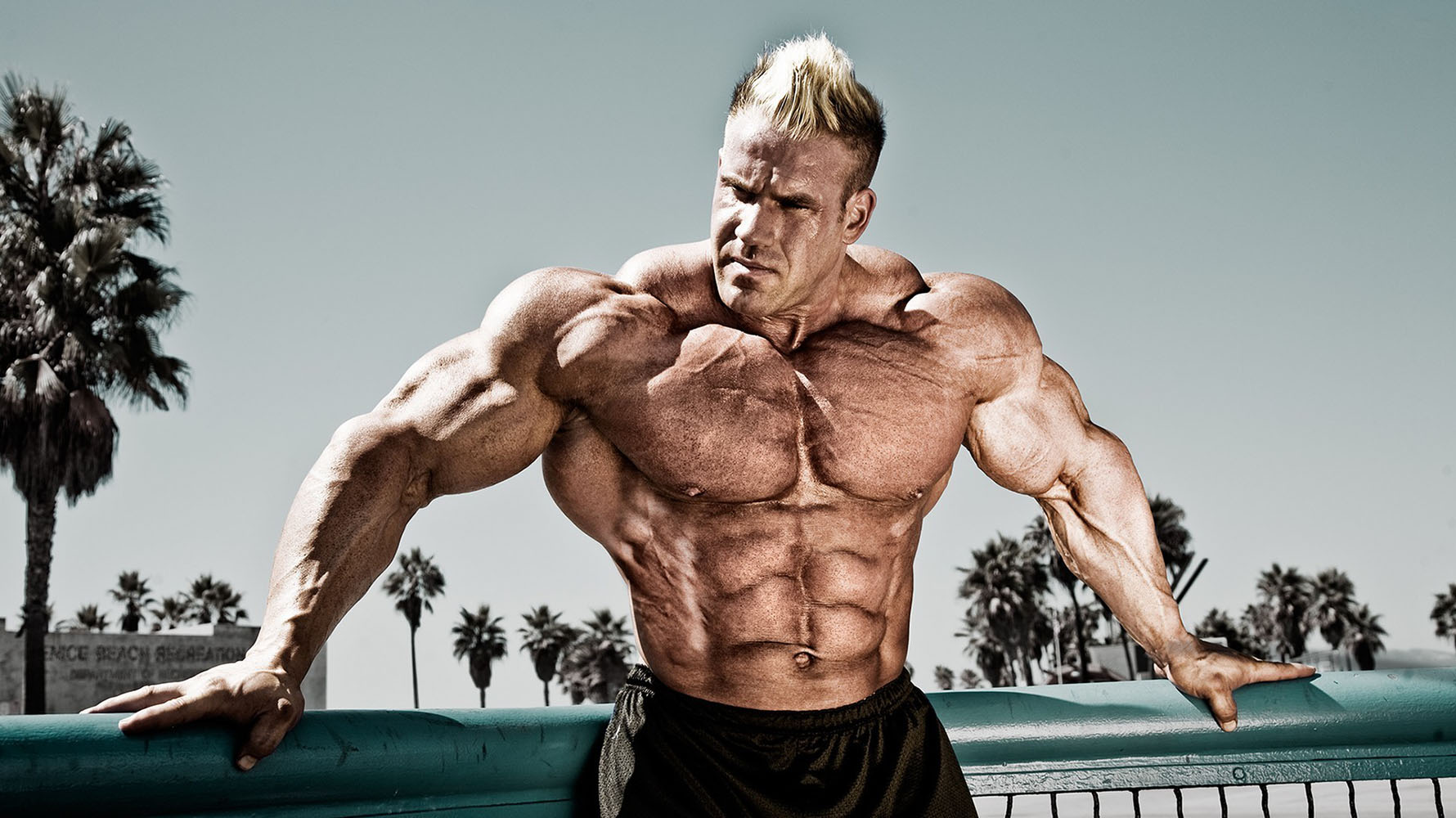 The main problem of back workouts for men, is that few people know the main secret of Jay Cutler: the back should be loaded extremely well and intensive. The main thing here is overcoming power and more importantly the pain! This means that difficult exercises like pull-ups or heavy rows do not need to be avoided. The harder it is, the better the result will be! It is worth noting that a similar technique works for the chest. But the legs and the small muscles, like the biceps, need something completely different (these requires a large quantity of reps and a perfect technique).

There are days when we feel that we are not physically or mentally ready for such loads. Then we reduce the load. The ability to listen to yourself is the most important quality of a bodybuilder or athlete. In many ways, it is to us that we owe our success. Never go against your body!

How to Prepare for Back Workouts?

Want to protect your back from injury? First of all, be sure to do a competent warm-up and clearly observe the correct technique. Back injuries usually occur due to technical errors and incorrect postures, at the same time, too much weight being used in the exercises that are performed in a tilt.

Stretching is a vital component of back workouts. It not only warms up the muscles, but also relaxes them (makes them more elastic). If you have a shoulder belt that is so “frozen” that you could hardly do any Behind the Neck Lat Pulldowns. Regular stretching will help to solve this problem. Your upper back will be noticeably improved in terms of detail, flexibility and strength.

See also  How to Get Abs at Home: Nutrition Plan, Workout & Exercises

Concentration is a factor that often remains behind the scenes with back workouts. Meanwhile, a bodybuilder needs to focus one hundred percent on the part of the body that he or she is pumping. In practice, this means that you should not think about how to impress others with a victory over the maximum weight. Your task is to take the weight that is necessary and equivalent for the competent performance of the exercise and your body. No more, but no less!

Don’t be afraid of change! Even if you find the most effective program, sooner or later it will cease to be effective, because the body will become used to it. And addiction is synonymous with stagnation. Try to make some changes to your plan literally at every training session or over the space of a few weeks.

What Exercises Does Jay Cutler Use for his Back Workouts?

Usually, Jay Cutler opens a back workout with this exercise. The Pull Up prepares the body for heavy weights and at the same time, works on the width of the back. The grip is slightly wider than the shoulders, the back is straight, the knees are bent, the legs are crossed behind you, the lift is up to the touch of the crossbar with the upper part of the chest. The downward movement is slow until the arms are fully extended again.

Jay says: “This is a very strenuous exercise, so the first set is very explosive, and then with each set, I slow down. But I still try to get through the positive phase as quickly as possible. Be sure to pause at the bottom point: this is a guarantee that the legs will not sway, and all of the work will be done by the back muscles”.

See also  The Best Arm Exercises at Home: Arm Workouts You Can Do at Home

Sometimes Jay Cutler does pull-ups with a wider grip or a closer grip. Since he weighs 127 kg in the off-season, he does not need any additional weight for this exercise for his muscles to grow.

2. Behind The Neck Lat Pulldown

In this exercise Jay Cutler considers a shock tool for the development of detailing and performs immediately after pull-ups. The grip is wide (15 cm wider than the shoulders) and the back is straight. Jay pulls the crossbar over his head, leaning forward slightly until it touches the trapezoids. At the lowest point: peak contraction. The positive phase is explosive but controlled and the negative phase is slower until the muscles are fully stretched.

3. The One Arm Dumbbell Row

Jay Cutler leans on the bench with his free hand and knee, and the other foot rests on the floor. Holding the dumbbell close to the body, he lowers it down until the arm is fully extended and the latissimus dorsi muscles is stretched to the maximum. Then, with a quick movement, he pulls the dumbbell up to the lower part of his chest, keeping the Dumbbell tight to his body.

Jay usually places the bench at a slight angle to avoid leaning too far. In his opinion, excessive tilt overloads the lower back. He tracks the technique in the mirror to ensure his technique and posture are correct: the chest should be raised (this helps you to breathe properly) and a stright back without “rounding”. A clear technique is very important for Mr. Cutler, as he works with a very heavy weight.

In the starting position, the back is straight and the knees are slightly bent. In the video, the athlete uses a D-shaped handle, but Jay Cutler often works with a straight crossbar, which he holds with a narrow grip. With a powerful movement, he pulls the handle to the stomach, and at the peak point, tighten the muscles of the back and smoothly returns to the starting position. His elbows are not pressed to the sides, but slightly withdrawn: “If you press your elbows to the outer side, the emphasis shifts to the middle of the back, and the task is to load the entire back.” Sometimes he changes a narrow grip to a wide one, or a straight one to a reverse one. It is important that the chest is pushed forward and the torso and back remains straight and ridged, as “Leaning forward or backwards, you will overload the muscles of the lower back, and this is not what is needed here”.

Who is Jay Cutler?

Jay Cutler was born on August 3, 1973. He became seriously interested in bodybuilding at the age of 18. Jay won first place among juniors in the competition called “NPC Iron Bodies Invitational” at the age of 20.

In 1995, another tournament was held in which amateurs took part. Jay Cutler won first place there. After that, he decided to move to California. Jay didn’t like it there and soon returned home. After returning home, he started to study even harder.

The Principles of Jay Cutler’s Back Workouts

“Peak Muscle Contraction”: Jay Cutler momentarily strains his working muscles for maximum load at the peak repetition point of the exercise, this helps to squeeze more blood into the designated working muscles.

“Confusion”: Jay Cutler often changes the order of his exercises or the angles of the application of the load to avoid “stagnation” and getting used to certain schemes. This is know that once you are used to an exercise, the body needs a change to promote a “shock” to the body and muscle, thus, your muscles will be pushed more to grow.

Thu May 20 , 2021
You don’t always need a barbell or dumbbell to perform any high-intensity workouts. If you didn’t pay enough attention to endurance and gymnastics, then bodyweight crossfit workouts can be the hardest test of performance for your body. “Chelsea Crossfit WOD has proven that it is possible to achieve a powerful […] 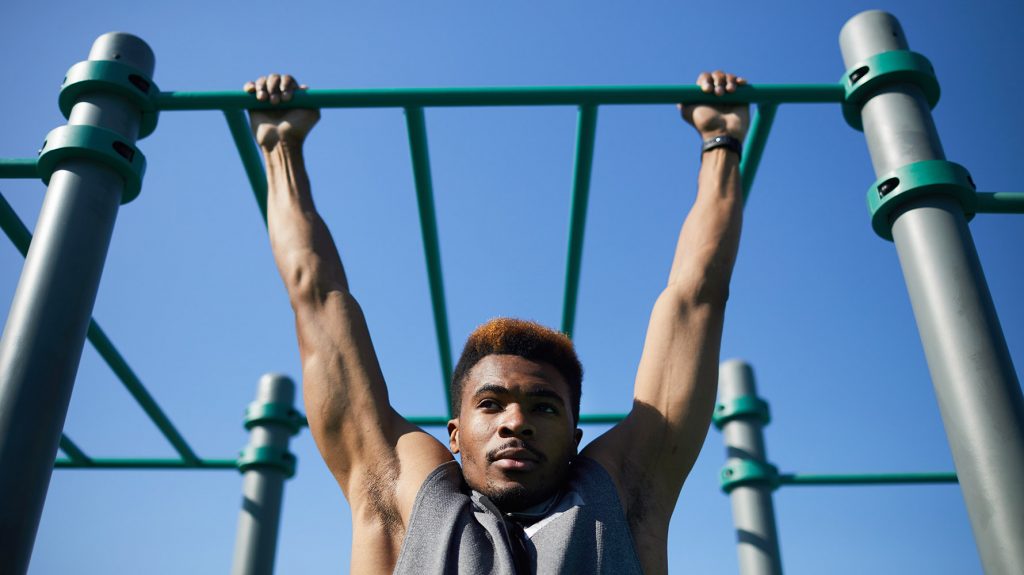